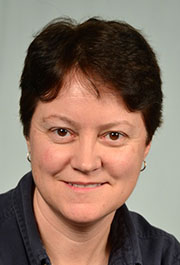 Tracey Richardson came to a love of books early on, thanks to a mother who took her and her two siblings regularly to the library in the Windsor area of Ontario, Canada, just across the river from Detroit. She even loves the smell of the ink and paper in books and to this day, when she opens a brand new book, she always gives it a good sniff! A journalist by trade, she worked at Ontario daily newspapers as first a reporter and later a copy editor. Semi-retired now, she finally has more time to devote to her fiction writing.

I’m Gonna Make You Love Me, Delay of Game, Last Salute, No Rules of Engagement, Side Order of Love and The Candidate, finalists in Contemporary Romance: Mid-Length Novels, Lesbian Romance, Lesbian Romantic Intrigue and the Ann Bannon Popular Choice Award.

“I first began writing fiction in the early 1990s. With the encouragement of a friend while recuperating from a tonsilectomy, as well as the encouragement of my partner, I tried my hand at my first manuscript, a romance that was picked up on my first try by the now-defunct Naiad Press Inc. Three mystery novels followed. Naiad rode off into the sunset of retirement around 2000, and so did I for awhile in terms of my fiction writing. I took a few years off to explore other interests, but happily, I have returned to something I love doing. My book The Candidate, which was published in 2008, was an incredibly rewarding project that I hope has become a pleasure to readers. Writing fiction is a real blast and I appreciate it even more after having taken some time away from it.”

Tracey and her partner live in the Great Lakes region of Central Ontario. Aside from work and writing, she spends off time with her beloved hockey group, an extended family closing in on a decade of fun together. She enjoys golf, tennis and downhill skiing and dabbling in stained glass and goofing around with drums. And books.